The Impact of Karen Johnson Boyd

Karen Johnson Boyd (1924–2016) was an advocate for and a collector of art, especially contemporary American craft and works on paper. She was passionate about sharing her affinity with others and presented RAM with almost 1,700 pieces over several decades, the largest number of works given by a single donor.

Although she had been donating artwork since the mid-1970s, Mrs. Boyd presented RAM with a major gift of 200 artworks in 1991 that immediately established a nationally significant contemporary craft collection. The national attention this gift attracted drew many collectors to the museum and in the years following, RAM amassed the largest contemporary craft collection in any United States art museum. The museum also opened RAM as its new facility in downtown Racine in 2003. To recognize her support of its collection and exhibition programs over the years, the museum’s exhibition galleries are now dedicated in her honor. 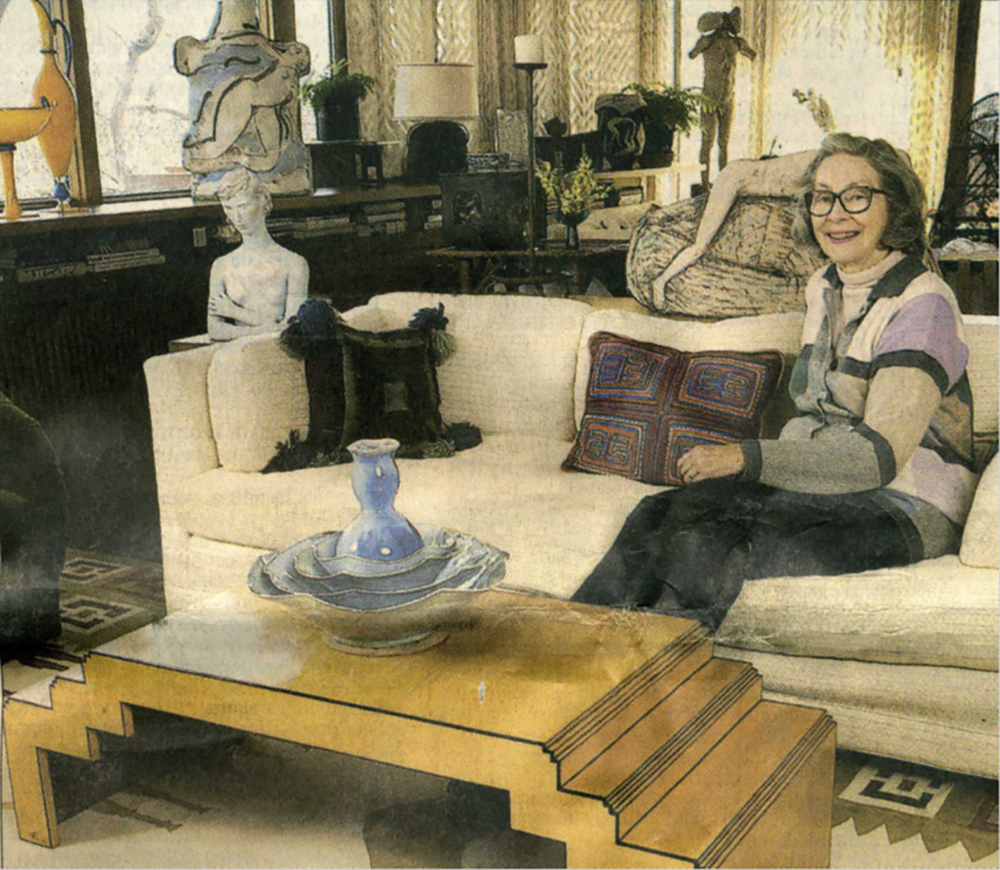 Growing Up Surrounded by Art

Born in 1924, she was a lifelong resident of Racine where her family established SC Johnson. She was a young teenager in the late 1930s, when her father, H.F. Johnson Jr., commissioned Frank Lloyd Wright to design the company’s world-famous Administration Building and a home, Wingspread, in which her family lived. Later, as a young married woman with four children, she commissioned her own home designed by Wright. It was completed in 1954. She lived in this residence in Racine throughout her life.

By the time she reached high school, Mrs. Boyd was taking art history and studio art classes. She was particularly influenced by her maternal grandfather, Olaf Brauner, a post-Impressionist painter and head of the Art Department at Cornell University. Mrs. Boyd studied at Bennington College in Vermont.

She began collecting by acquiring works from faculty members at Bennington but became more active in this endeavor after her exposure to two collections of art the Johnson Company assembled—Art USA Now (1962) and OBJECTS: USA (1969). The first exhibition was devoted to paintings and contained works by contemporary artists such as Richard Diebenkorn, Joan Mitchell, and Robert Rauschenberg and toured internationally. The second was devoted to contemporary craft and marked the first time many encyclopedic American art museums presented one-of-a-kind works by artists such as Wendell Castle, Lenore Tawney, and Harvey Littleton in their galleries.

In the late 1970s, Mrs. Boyd curated a collection for SC Johnson’s Council House, a conference and residence facility in Racine with Lee Nordness, the lead curator for both Johnson collections. At the beginning of the 1980s, she founded Perimeter Press which published print portfolios by Frances Myers and Keiko Hara and a monograph on the Ohio-based ceramic sculptor, Jack Earl. In 1982, she opened Perimeter Gallery in Chicago’s River North neighborhood. The Gallery’s aesthetic closely aligned with her own, presenting major figures in the painting and craft fields side-by-side and combining recognized masters with emerging talent.