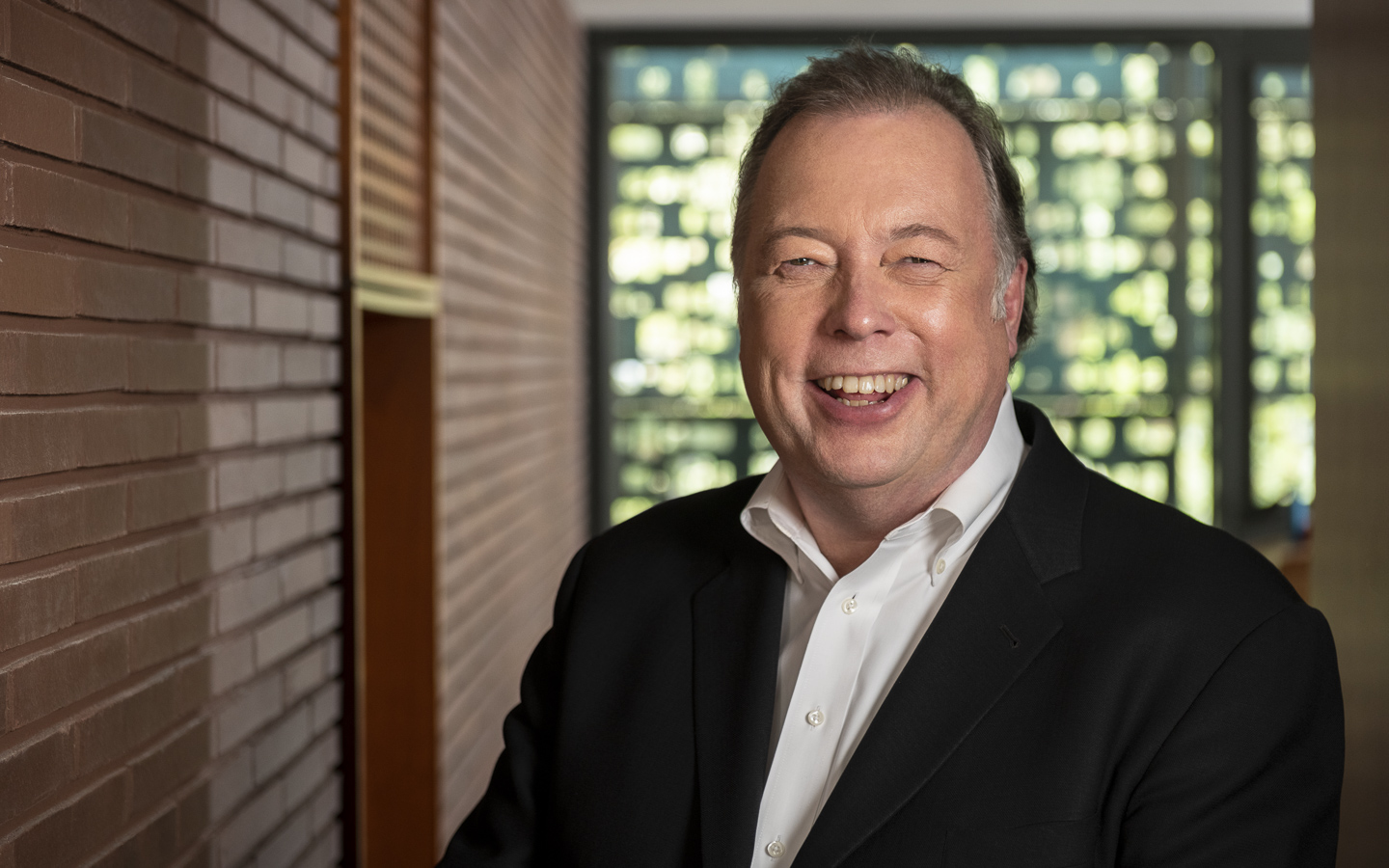 RAM is sorry to announce that its architect, Brad Lynch, died on September 26, 2022, about a week after suffering a cerebral hemorrhage, at the age of 64. Prior to his work on RAM’s building, he had a long relationship with Racine, the community where he was raised and which he loved. His connection with RAM went back to his early childhood when he took his first art class at our Wustum Museum campus. His father was an inventor who pioneered the use of plastics in medical devices and his mother was visually creative and musically inclined. Lynch’s expression of his own creativity and aesthetic concepts through designing large-scale engineered architectural structures was a natural manifestation of his family’s genetic make-up and how they nurtured his interests.

A graduate of Racine’s Walden III High School, Lynch studied at the University of Wisconsin-Madison. He wanted to live in Chicago since his youth and in his early 30s, Lynch opened a firm in the city with fellow architect David Brininstool. Since 1989, Brininstool + Lynch has designed residential and commercial buildings that are firmly grounded in modernism but also pay attention to the places where they are located. Their designs have a particular sensitivity for the use and blending of different materials to enliven the space and enable people to engage more thoroughly with the building through seeing compelling elements of the structure and interior finishes. Lynch’s work was received positively and widely, winning awards and inclusion in national and international architecture and design publications. 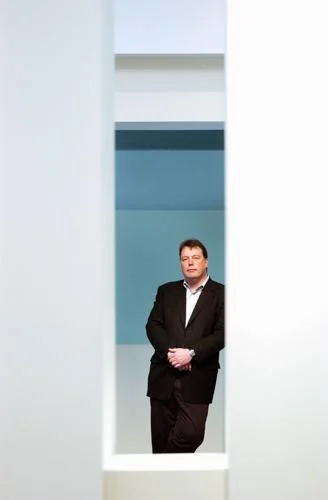 Brad Lynch at RAM in 2003
Courtesy of The Journal Times
Photography: Gregory Shaver

The Racine Art Museum project was a particular touchstone for Lynch. Regardless of his success, he always thought of the Racine community and his connections to the museum. His design for RAM turned a pair of late-nineteenth century buildings that were unappealingly renovated in the 1960s, into an architectural attraction. He covered the building’s blank façade with a structure of acrylic panels that are lighted at dusk so that the building glows like a lantern. This choice was originally an approach to cost saving but is a good example of Lynch’s imaginative approach to using different and sometimes unexpected materials. RAM’s lighted exterior has become one of the institution’s most recognizable images.

Lynch’s interior renovation features an almost Japanese sensibly for light and space that establishes a comforting and serene environment for viewing art. He also created volumes of space that respect the scale of the kinds of contemporary craft artworks that are in RAM’s collection—such as handmade ceramics, textiles, furniture, and jewelry—and presents them respectfully to their best advantage. Lynch believed that the Racine community deserved the positive awareness the new museum could bring to it. He paid particular attention to opening up the facility to the street and created spaces—such as the display windows on the street level along Fifth Street—that ushered the artwork to the pedestrians and invited them in with glimpses of what was occurring in RAM’s interior, as seen through large areas of glass.

Lynch was actively involved in promoting the launch of RAM, and through his efforts, the museum’s debut received an incredible amount of national and international publicity for a project of its size. As an indicator of its success, the RAM project received all five of the excellence awards the Chicago Chapter of the American Institute of Architects presents. The RAM project became an example that architectural excellence could be achieved on a limited budget in a medium-sized city.

Even though he was involved with projects around the world, Lynch’s connections to Racine and his continued interest in RAM were strong. Always available for a consult, he stayed in touch with the museum on a regular basis as its architect but also as a contributor, donor of artwork to the museum’s permanent collection, and friend. He was in discussion with museum staff on a number of projects involved with the celebration of the museum’s twentieth anniversary in 2023 and beyond. Because of his participation in so many ways, Lynch was a most valued member of RAM’s extended family and he will be greatly missed. The museum offers its condolences to his children, Annie and Blake, the staff at Brininstool + Lynch, and his large family of friends and colleagues. RAM, along with many other structures, will continue to stand as a record of Lynch’s talent and vision.